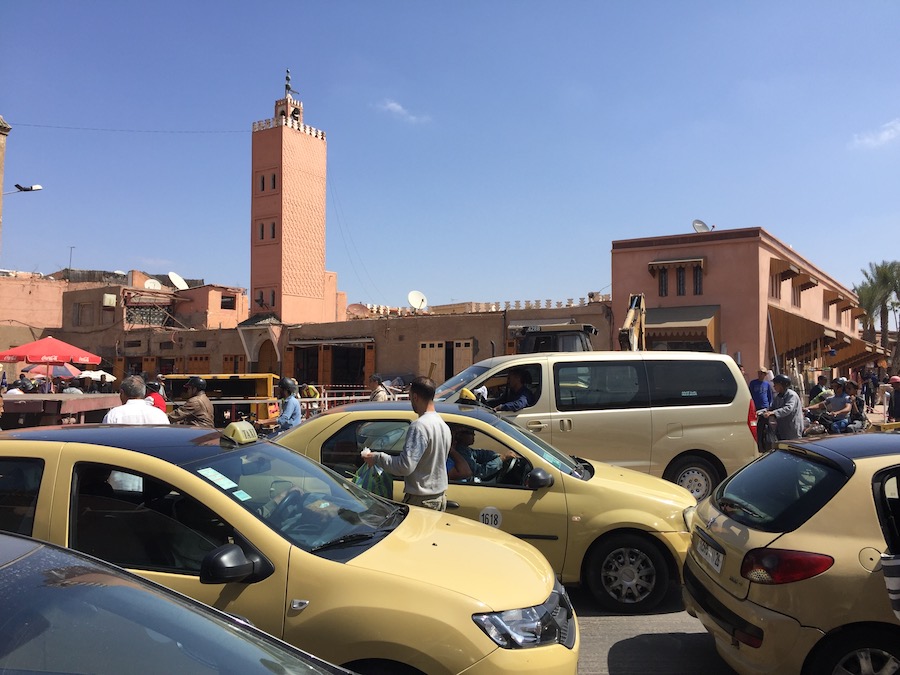 11 Things I Learned On A Trip To Spain And Morocco

After every major trip my husband and I take, we usually gather our thoughts together into some do’s and don’ts, and/or other travel trips. Here are a few put together following a marvelous trip we took to Spain and Morocco. The trip was pretty uneventful in the mishap department (thank goodness), but we learned a few things along the way.

In Spain, particularly the large cities, don’t step out into traffic even if you think you have the right of way – they will run you down. You could get hit by a bus, a taxi, a scooter, or a mad bicyclist who is not afraid to use his/her bell, incessantly.  Always wait for the green man to appear on the digital crosswalk sign, then look both ways – twice – before stepping off the curb.  If the green man is blinking (or as in one sign we saw, walking fast), don’t try to get across if you haven’t already started, there is no leeway and if you are in the crosswalk when he turns red, you have nanoseconds before traffic is going to bear down on you.

If you are in Morocco, you don’t have to be concerned with little green or red men as there are very few crosswalks and none of those have any sort of digital monitoring system.  To cross a road, take a deep breath, say a prayer, and stay in tight to a local who is attempting to cross at the same time – there is strength in numbers.  Also, if you can, keep other people on the side where the traffic is coming from so, if anyone is going to get nudged by oncoming traffic, someone else gets nudged before the donkey-cart/scooter/car/truck gets to you.

European toilet paper, in general, is not as soft as most American brands. So, unless your delicate parts are fine with using something akin to crepe paper, bring a roll of your own.  Furthermore, if traveling to countries such as Morocco and frequenting roadside WCs, there may be a lack of available wiping material, so a little roll of TP in your backpack may be a lifesaver.  I never leave home without a travel roll of Charmin and a pack of Tempo. There have been times where I could have made a few coins selling a few sheets here and there.

Borrowing a tip from a fellow traveler I met at a women’s travel conference (yes, that’s a thing), never pass up an opportunity to pee.  I’m not sure anything else needs to be said about this one.  It’s useful, it’s practical, and it’s words to live by (particularly as you get older).

If you make a special effort to pack something on a trip, remember to use it. For example, on our trip, we brought a small pair of binoculars.  We put them in the daypack numerous times, but never once remembered to bring them out.  Yes, they would have been handy when we climbed the two cathedral bell towers to peer at things far below. We forgot we had them. Yes, they would have been helpful to look at the storks in their nests high atop the mosque’s minaret in Marrakech.  The only morning we remembered to take them up to the rooftop deck of our riad, the storks had flown away and were not home.  Luckily the binoculars did not take up too much room and weren’t heavy, because I’m all about packing light and tight.

When in unfamiliar surroundings, walk with purpose.  People are more likely to leave you alone if you look like you know where you are and where you are going – even if you don’t have a clue.  If you look lost or vulnerable, you might as well have a target painted on your back.  Even though we didn’t have a clue where we were when traipsing through the back alleys of the souks in Marrakech, we walked with confidence, like we knew where we were going.  We weren’t hassled by vendors or kids trying to make a buck as much as other tourists we saw. I’d like to say that it was because we walked with purpose and not because we looked like we didn’t have two dirham to rub together.

Research local scams before you go to a new place.  We knew before we got to Marrakech that lines such as “you remember me from the hotel? I’ll take you where you want to go” and “that way is closed because of prayers at the mosque” were scams to try and get us to go with them so that we would “owe” them money for guiding us.  In Spain, a popular scam has young girls giving out sprigs of rosemary for luck, but if you accept the herb, they will demand money for it and will make a big ruckus until you relent and cough up some change.  The more exotic the place and the more you are going to feel out of place, the more you need to be prepared.

Do a little research on local customs and dress appropriately.  The number of young women with belly shirts, short shorts, and high heels in Marrakech was astounding.  Although Morocco is one of the more progressive of the predominantly Muslim countries, it was clear the attire of these young ladies was not welcome and offensive to many.  Not that women have to shroud themselves, but some decorum is necessary.

When you hit a new location, find the closest official tourist office and get a free map and/or directions.  The operative term is “official” as there are unofficial tourist offices, which are paid to steer tourists to certain attractions or sightseeing tours. Those offices charge for maps and they aren’t all that helpful.  You’ll usually find official tourist offices in train stations and near major monuments.  Research before you go, so you know where they are located.  They’ll get you turned in the right direction.

Take a laundry bag with you to keep your dirty clothes separated from your clean ones.  It’s also an easy way to have them gathered in one spot for those times you go off to do laundry.  Also, take a couple of dryer sheets in a Ziploc bag.  If your AirBnB apartment has a washer/dryer, the host will often leave you laundry detergent, but no dryer sheets.  Even if you don’t use the dryer sheets for a dryer, pop one in your laundry bag and it will make your dirty clothes palatable for a bit longer.  If you don’t have a cute little foldable laundry bag as I do (it collapses into a tiny ball, which doesn’t take up very much room in my bag), then take a foldable/cloth shopping bag – it will suit your needs just as well.

And, on the subject of Ziploc bags, pack several large and small ones as they come in handy to keep snacks organized in your daypack, to keep a wet swimsuit away from your dry clothes, to keep small souvenirs in one place, or even to surreptitiously spirit away leftovers from your delicious restaurant meal in places (much of the world) where to go boxes are not in vogue. (Not that I’ve ever done this last one).

Crinkly packages/food wrappers should never go with you on to planes, trains, or into confined spaces.  On one of our train trips, a grandmother gave an unusually lively youngster (hyperactive with a capital H) a package of Oreo cookies to keep him busy and quiet.  This was a problem on many levels. First, I don’t think sugar was what he needed at 9:00 a.m. Second, the cookies came in a sleeve made from some paper-like product that made a lot of noise upon opening and closing.  And open and close that package he did… again and again… for the entire 1 ½ hours we were on the train. Even when he was done eating the entire sleeve of cookies he seemed to use it as he would a toy.  I can tell you that, like children shrieking on a plane, the noise crinkly food wrappers make also pierces the capabilities of noise-canceling headphones.

While we are on the issue of food in confined spaces, if you bring food onto a plane or train, be considerate of others and go by the motto “No Smelly Food.”  We still aren’t sure what the family from hell brought on the plane from Philadelphia to Los Angeles for snacks, but it smelled like burnt smelly feet… for a very long time until it dissipated or was finally eaten.

And, for a bonus tip:

When in Spain, if you ask a question in Spanish without telling the person with which you are dialoguing that your language skills are limited, be prepared to get a more detailed answer in Spanish than you can handle with a few years of High School foreign language study. The same goes for any language you don’t speak fluently.  Learn to say “Hablo un poco español,” “Je parle un peu de Français,” “Parlo un po’ di Italiano” or “Ich spreche nur ein bisschen Deutsch” depending on where you are going. People will be happy you are trying to speak what little of their language you know and will likely help you out in your native language if they can. 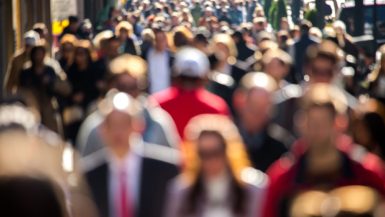 Pack These 10 Things For Your Next Trip 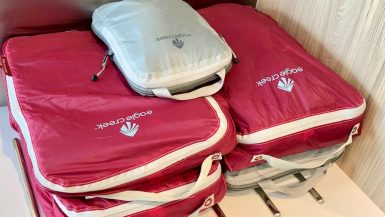 10 Things To Do To Make Your Next Trip Easier