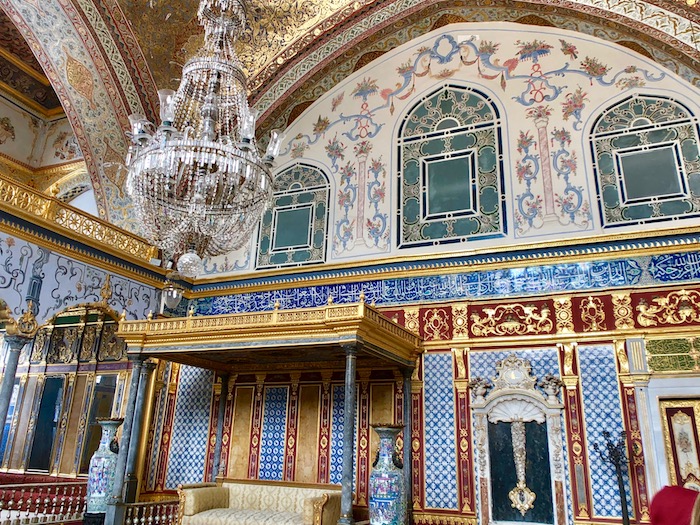 Despite the best intentions of being at Topkapi Palace when it opened, I was a bit behind schedule this morning.  I ate a leisurely breakfast at the hostel, listening in on various conversations about sites the other hostelers had seen and things they’d done (a lot of them partying related).  By the time I walked past the Hagia Sophia, the usual queues had started to form.

Just beyond and around a corner, was the long walk to the entrance gates of the Palace estate.  Entrance through the outer gates into the first gardens and courtyard is free; it’s where the booths are located to buy tickets to get into the Palace’s inner sanctum.  Tickets to the Palace (72 TL) and the Harem (42 TL) are purchased separately.  Many people only bought Palace tickets – I think they missed out.  The Harem rooms are beautiful and shouldn’t be missed.

The entire Topkapi complex was a highlight of my visit.  While it was busy by the time I entered, when I left four hours later, the place was packed and the queue to buy tickets was several hundred people long.  The moral of the story, go early and, if you can, buy fast track tickets beforehand so you can skip the ticket line.  You’ll still have to stand in the long security screening line, but at least it’s only one queue, not two.  On the other hand, you can book a tour that includes entrance fees, which might get you into a separate screening line for tour groups.

If you don’t decide to take the tour group route, just inside the Palace entrance, there is a kiosk where you can rent an audio guide.  One of my regrets?  Not having an official photo ID with me so I could get in on the audio tour.  I usually only carry a photocopy of my passport on me when I’m wandering around unless I know an activity requires the actual thing.  Guess I didn’t read enough in the guidebooks to know I’d need ID.  Without the audio, I was a little bit less informed, but I did all right – as I said, I spent four hours on the property.  I would probably have spent even more of my day there had I been able to rent the audio guide (this would have eaten into my relaxation/nap time).

My other regret?  Forgetting to bring the portable charger for my iPhone.  About hour 3.5, I had taken so many photographs that the power in my iPhone drained.  There were so many more photos I could have taken, but instead, I lived in the moment and drank in the beauty rather than photographing it.  Don’t forget to look up – the ceilings are spectacular. It only means I’ll have to return someday with a fully charged battery pack.

As with most sights in Istanbul, several portions of the Palace and Harem are under construction.  Since I already think it is a special place, I can only imagine what it will look like once renovations are complete.

Topkapi was built by Ottoman Sultan Mehmed as the administrative center of his empire after the capture of Constantinople.  The site was chosen because of its location overlooking the Marmara Sea, the Bosphorus, and the Golden Horn.  Construction began in 1459 and completed roughly 10 years later.  A century later, the complex became the sultan’s home when Suleyman the Magnificent renovated it.  For four centuries, Topkapi was the main palace of the Ottoman Empire.  In the mid-19th century, a new palace, Dolmabahce, was built along the banks of the Bosphorus.  Although no longer the main residence, Topkapi was used for state ceremonies and remained the home of the royal treasure, the Holy Relics of Prophet Muhammad, and the imperial archives.  After the fall of the Ottoman Empire in 1922, Topkapi Palace opened as a museum.

It seems that every Sultan who got his hands on Topkapi added more rooms, expanded others, and built entirely new buildings.  What emerged was a multi-level wonder of function and opulence.  Don’t forget to wear comfortable, sturdy shoes; there’s a lot of ankle turning cobblestone and uneven walkways.  With all the use of slick marble, a good shoe tread is also helpful.

As mentioned previously, the Holy Relics remained at Topkapi and are located in the museum.  By the time I wandered around the Palace grounds and through the harem, the queue for the museum was extremely long (we’re talking several hundred people).  I didn’t feel like standing in the blazingly hot sun, so I opted not to go in.  My advice is that after entering the palace when it opens, go directly to the museum so as not to wait in an extra-long line.  If you do plan to go into the museum, make sure knees and shoulders are covered (both men and women); women may also need a headscarf.

The Harem complex was guarded by the Black Eunuchs.  Within the Harem resided the Sultan’s mother, his wives (up to 4), female family members, slaves, and concubines.  When brought into the harem, non-family females went through exhaustive studies in the arts, learned to read and write, and learned housekeeping skills.  If a concubine showed a special skill, such as exquisite embroidery, she continued to pursue that skill.  Those not so inclined to a skill were kept as slaves to maintain the harem and serve the other women within the harem.  Only the most beautiful and skilled were selected by the Sultan’s mother to serve the Sultan (if you know what I mean) in hopes that he would marry.

Although quite large, I’m not sure how so many women lived under the same roof.  I’m sure there were some epic catfights.

I found the decorations of the harem quite lovely.

As I was coming out of one of the Palace’s main sofa rooms, I heard music.  I followed it down a flight of stairs, around a large building (probably another, bigger sofa room), and into the large courtyard.  There was a lot of drumming, trumpet playing, and rhythmic chanting – quite pleasing actually.  It was a special performance of the Turkish Armed Forces Mehteran Unit.

A large group had formed around the performers, everyone jockeying for that perfect photo.  I was lucky to be pulled to the front by a tiny woman so that I could watch the performance with an unobstructed view.  Once I was set, she slipped away behind me – it seems she’d given up her spot for me.  Something about the music made me happy inside.

As quickly as they had begun, they broke formation and marched out of the palace grounds.

My wandering took me to the rear of the palace that overlooks the waters of the Bosphorus, Golden Horn, and Marmara Sea.  Although I didn’t quite know which of the bodies of water I was looking at, the views were spectacular.

If I could have nabbed a bench, I would have stayed there for hours watching the ships glide by, the seagulls and other marine birds floating on air, and all the tourists taking selfies (and, you know how much I love selfies – not).  Please, for the love of all that is holy, dump the selfie sticks people and enjoy the sights – you truly do not need that many pictures of yourself.  Rant over.

Although I had run out of juice in my iPhone, I remained in the palace grounds seeing where staircases took me and appreciating the decorations in several more sofa rooms.  My explorations eventually came full circle and I strolled through the courtyards, past the never-ending queue of ticket purchasers, and out the palace gates.  My feet were telling me that it was time to kick back and relax; my stomach was telling me it was time for a snack.

Topkapi Palace was definitely my favorite of all the sights I visited in Istanbul (except for possibly the Baklava store – joking … sort of). 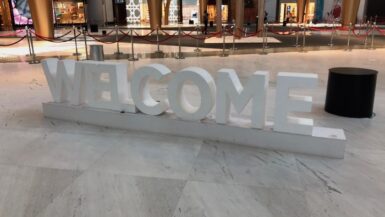 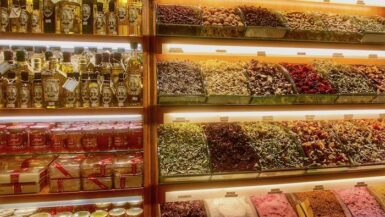 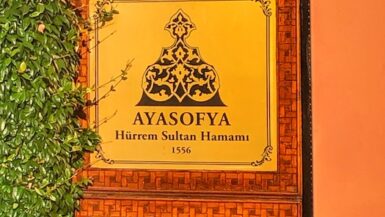