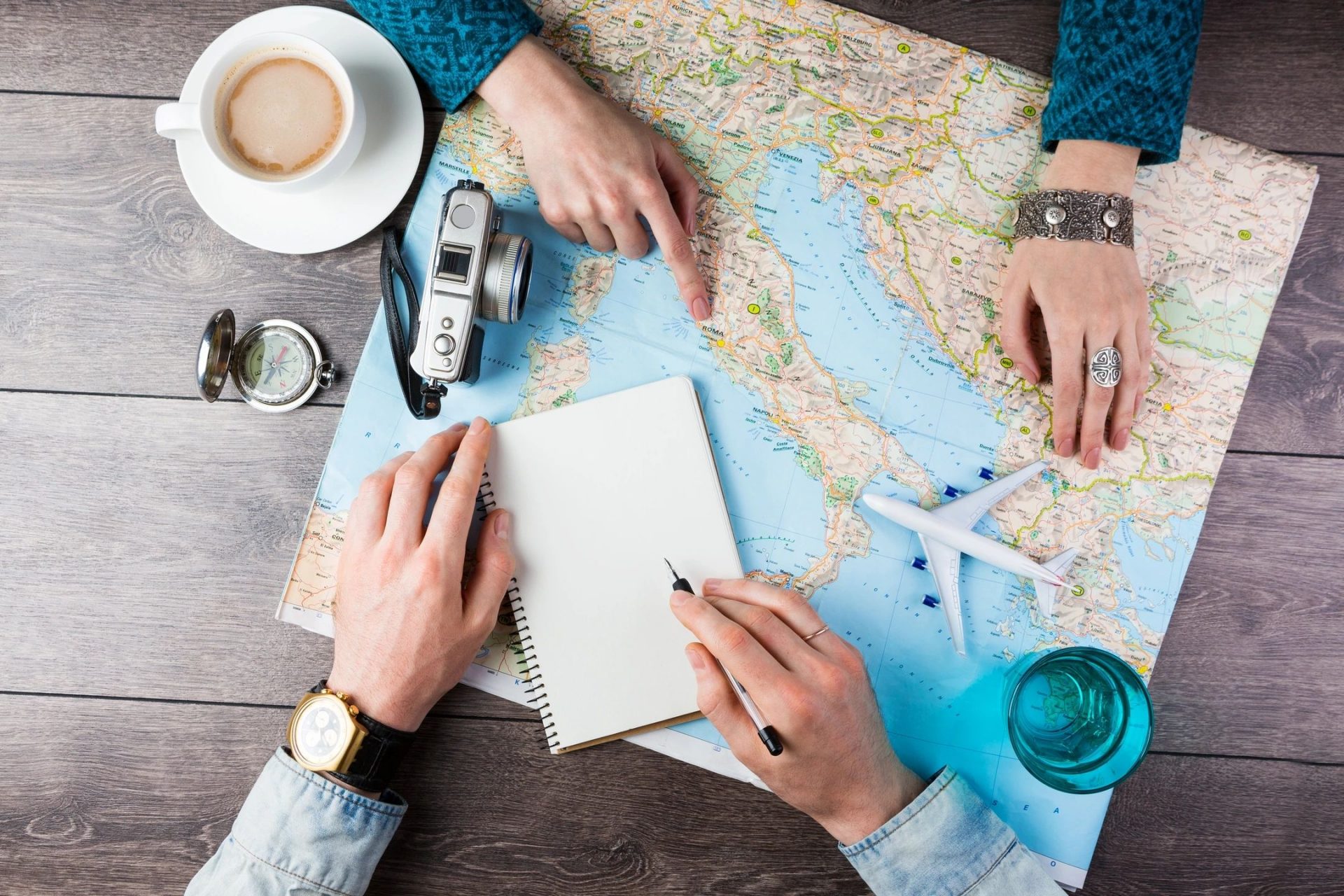 Four Lounges And A Toddler

We used frequent flyer miles to secure business class tickets and hotel points for some of the nights. For other nights, we made reservations through Airbnb. Russian visas were applied for and received.  Maps and guidebooks were purchased (and actually read).

A basic wardrobe was decided upon (not that it was such a difficult decision as I always wear black).  I staved off my desire to pack several weeks in advance. Instead, I waited until one week ago to put everything together in my carry-on suitcase. This was no small feat – did I mention that I will be gone for a month.  Unpack, take some clothes out, repack, rinse and repeat.  Even after multiple attempts, I think I still have too many clothes.

Which brings me to today (October 3).  Steven, the awesome, wonderful, and supportive husband that he is, drove me to the airport before he went off to work.  With a kiss and a “have fun” from him, I was off to the Centurion Lounge at DFW for an early breakfast and to await my first flight.

We agreed to meet at the British Airways lounge, but when I got to the lounge, a sign said it didn’t open until 3:00 p.m. – 90 minutes in the future.  As I stood sporting a perplexed look, a nice man approached and told me that I could access the AA lounge with my BA ticket.  He was right – I was welcomed with open arms and two free drink tickets (which went unused).  Rod arrived an hour later.

The AA lounge is a cavernous space with floor to ceiling windows, which turns it into a large sauna when the sun shines. It was very sunny in Philadelphia, so after a quick snack and a diet soda, we escaped the heat and headed to the delightfully air-conditioned, albeit much smaller, BA lounge.  If you’re keeping count, this makes lounge No 3 for the day.

I’m not a massive fan of British Air. They have an older fleet and huge fuel/airport fees when traveling through LHR.  Flying on AA points, we didn’t have a choice.  Our business class seats were together, but offset due to the herringbone configuration, with a divider in between.  Rod behaved himself during the flight, so I didn’t have to raise the screen to shut him out.

The seats themselves were a bit hard and, when placed in the lie-flat position, were a bit like sleeping on your aunt’s old pull out sleeper sofa.  I’m not complaining; they were undoubtedly better than what would have awaited us in Economy.  Pajamas on and we were ready for take-off.

As we took off, the lap child a few rows back erupted into a full-blown tantrum, complete with Bose noise-canceling headphone piercing shrieks.  Her parents calmed her within minutes, but she started up again in spurts through the dinner service.  More about her in a bit.

Dinner was pleasant – garden salad, seared filet of “Midwest” beef with truffle risotto, roasted Jerusalem artichokes and garlic jus.  I was pleased with the tenderness of the beef, but Rod prefers his beef rarer and wasn’t as excited.  It’s so hard to get well-prepared plane food, but at least it was filling and served hot.  Dessert was a lemon and raspberry torte with raspberry confit.  We did not try the hot chocolate with warm chocolate chip cookies; instead, we decided to get some sleep.

The second Rod’s head hit his pillow, he was out cold.  I, on the other hand, took a little bit of tossing and turning (which is difficult to do in such a small space).  Just as I was about to drift off, the toddler a few rows back began an extended and complete meltdown, again with screams that defied the sound barrier.

Just as quickly as they started, her shrieks stopped.  I began to drift off; at the moment where sleep was enveloping me, she started up again.  This cycle lasted more than an hour.  It seemed she was connected to my brainwaves – when I was about to drop off, she would begin to scream uncontrollably.  Over and over again.  Rod slept through it all.  The cabin lights flipped on signaling our impending descent about 90 minutes after I finally fell asleep.  Argh!

A quick breakfast (how many breakfasts can I have in 24 hours?), a change into street clothes, and we were disembarking in London Heathrow.  I’ve been through Heathrow many times, but today (October 4) seemed to be particularly busy.

After a few false starts, we headed in the direction of the nearest BA lounge.  But first, we had to clear security, again.  As luck would have it (or not), my carry-on suitcase was pulled aside for inspection.  Despite my fabulously intricate packing job to fit one month’s worth of necessities into a small bag, when he finished the inspection, EVERYTHING was piled in two bins.  With a “you’re good to go” he left me to repack the bag like a game of Tetris.  The woman behind me will forever carry the burn marks from where I bored holes through her with my eyes when she told me to hurry up because “she had places to go.”

Rod picked the lucky lane and sailed through security in a moment; he ran off to the lounge to get in line for a shower.  I waited many more hours before I could partake in that luxury.  Lounge No. 4, was super busy (Rod had to wait almost an hour for his shower). They must have been short staffed because of the dirty glasses, plates, and half-eaten food stacked everywhere.  I’ve never seen such a messy lounge.  I’d give this one a letter grade of C- or maybe even a D.

Luckily, our layover wasn’t too long. As soon as Rod was gussied up and we partook in a juice and a diet soda, our gate assignment popped up.  We were off to board one last BA flight destined for St. Petersburg – the Venice of the North.